Welcome, everybody! Thanks for joining me. Today is the first day of Watch RWISA Write Showcase Tour. The purpose of the blog hop is to highlight the work of nineteen outstanding authors. The RWISA (Rave Writers - Int'l Society of Authors) is an elite branch of the outstanding Rave Reviews Book Club, featuring the best of the best in writing.

Without further ado, it is my unqualified pleasure to present Laura Libricz. 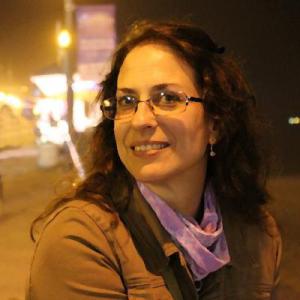 
From the Overlord’s house came a quiet but vicious argument. I walked past the stately, tiered structure, decorated with wooden carvings. The other houses circling the town square stood quietly:

the midwife’s red wooden house built up on stilts; the ironworkers’ blue housing complex and their

Thank you for supporting Laura along the WATCH "RWISA" WRITE Showcase Tour today!  We ask that if you have enjoyed her writing, please visit her Author Page on the RWISA site. There, you can find more of her writing, along with her contact and social media links, if she's turned you into a fan.
We ask that you also check out her books in the RWISA or RRBC catalogs.  Thanks, again for your support and we hope that you will follow each member along this amazing tour of talent!  Don't forget to click the link below to learn more about this author: