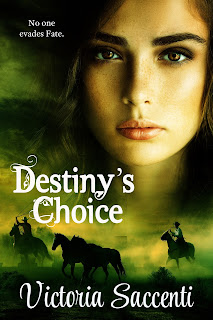 Destiny’s Choice, the long awaited sequel to Destiny’s Plan, is available for pre-order through the following vendors.

No one evades Fate. Especially when the escape route is cracked and full of holes.

As a naïve young woman, Marité Muro nearly drowned in a maelstrom of confusing emotions stirred by two very different men. One whose tortured soul tugged at her heart, another whose scorching touch made her innocent body want…more.

Four years in a Spanish prep school gave her time to gain perspective, and now she’s come home to Florida knowing what she wants. The one man she’s never been able to forget, and she’s ready to prove their age difference is no obstacle.

Vietnam left scars on Brian MacKay, some visible, some invisible—and infinitely more dangerous. His war buddy’s sister-in-law has ripened into a tempting, irresistible woman, but she is forbidden fruit. Yet she challenges his resolve until, in a moment of weakness, his demons slip free.

Marité isn’t sure why the man who held her closer than skin is suddenly holding her at arm’s length, but she isn’t afraid to fight for him. Even when someone returns from the past who could destroy everything. Her home. Her family. And Brian’s love.

Stay in touch with Victoria via Facebook sign up for her Newsletter or drop her a line on her web page, Victoria Saccenti Writes or visit her Amazon Author page: Author.to/VictoriaSaccenti

Posted by Victoria Saccenti at Friday, June 17, 2016 No comments: 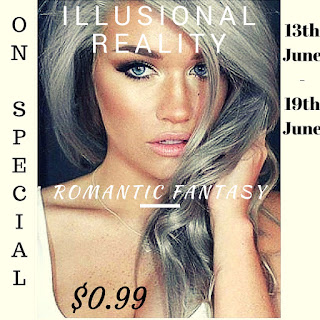 What readers are saying:


"I don't always enjoy fantasy but this story is well written and full of twists. You are able to visualize Becky's surroundings and will be in awe as she is.
As the story progresses you learn how strong Becky is and how vocal she is about wrong doings. She truly comes to have feelings for these people until her happiness is stolen from her."


From the authors' point of view. Candid opinions, the highs and lows, the frustrations and rewards in the creative process of writing. Yours truly included.
Posted by Victoria Saccenti at Wednesday, June 08, 2016 No comments:

PRIVACY NOTICE
Victoria Saccenti has a strict privacy policy in order to protect our customers. We want everyone to feel comfortable on our site, and to be reassured that their privacy is protected by us. Please read our privacy policy outlined below, and if you have any further questions use our contact form and we'll address your concerns.
Forms victoriasaccentiwrites.com utilizes forms for information gathering purposes. We attempt to protect this information from disclosure. We will never willfully or intentionally sell, trade or release any personal information provided on this website to a third party.
COPPA In accordance with the Children's Online Privacy Protection Act, all persons under the age of 18 must have permission from their legal guardian before placing name, email address and/or private information anywhere on this website. In addition, books may contain adult material, language, or themes.
Browsing This website does not use cookies to track where you go or what you do. Cookies are used for your shopping cart when you are making a purchase. The ISP that hosts this site does maintain statistics, which are collected to provide statistical information about server usage, and to plan for future capacity. This information is never provided to third parties.
E-Mail Any information provided to us is considered private and will not be disclosed without your express permission.
Posted by Unknown at Tuesday, June 07, 2016 No comments: 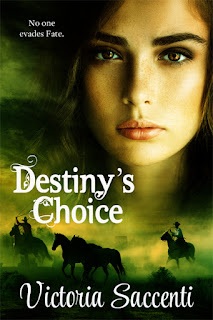 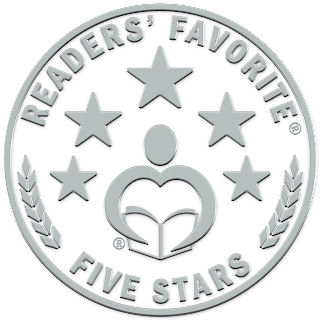 Destiny's Choice is Book 2 in the Destiny's Series by Victoria Saccenti, a riveting tale of a love that is as powerful as it is dangerous. Marité Muro might have been infatuated with
Brian MacKay when she was very young, but after four years of prep school in Spain,
she comes back to Florida different, feeling mature and sure of what she wants, and if
there is anything in the world she'd die for, it's to be enfolded in the arms of Brian MacKay.
Things could have been easy if MacKay hadn't served with her brother in Viet Nam. Brian
MacKay might be a war hero, but now he has to face a new kind of war; he has to wrestle
with the powerful emotions the young Marité Muro stirs in his heart. He knows he shouldn't
want her, but all his defenses are being weakened. How long will he keep up the fight before he finally crumbles under her charm?

You'll love Destiny's Choice if you're into romance and if you love the kind of setting that
mimics the world of Eden, with a serpent tugging at the hem of your clothes and a forbidden fruit that is infinitely inviting. Victoria Saccenti creates beautiful characters and
tactfully draws readers into their minds through her powerful and vivid descriptions. Marité
Muro is one of those characters readers want to follow in their growth process. She is stubborn and reckless, the kind of character who'll do anything to get what she wants, but she's come a long way. The psychological conflict is well-developed in the story, and while it helps the plot to move fast, it also allows readers to connect easily with the characters. It's a very entertaining and engaging read, a hard-to-put-down kind of book for romance lovers.

Posted by Victoria Saccenti at Wednesday, June 01, 2016 No comments: