From the first moment I stepped on Scottish soil, I fell instantly in love.  People who have known me for years cannot understand the deep connection between, yours truly, this Cuban native and a country so distant from my birth soil.  But, there it is.  Except for haggis, there is nothing I do not love or admire.  From my favorite writer Dame Dorothy Dunnett—check out my reading list—to the rugged Highlands, to the mysterious Hebrides, it all calls to me.

Who knows, maybe I have a recessive gene inherited from a group of twelfth-century Scottish Lords who campaigned with Sir James Douglas The Good, in Teba, near Sevilla. I'd like to think so if nothing else it's quite the romantic notion. (insert a wink here)

And so, in honor to this magical place on Earth I will begin uploading images I've collected in my travels.


The photo below was taken on the shores of Loch Tummel near Pitlochry, the cutest town you'll ever find on the road to the Highlands. 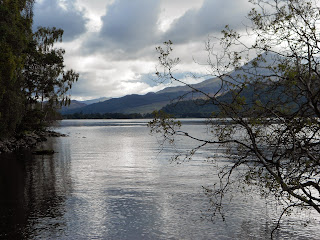 The Queen's View is breathtaking.  On a clear day, the Glencoe peaks can be seen far in the distance, 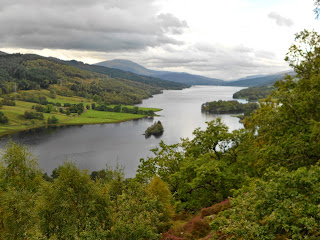 Speaking of Glencoe, this is a partial shot taken from the road. The weather cleared up for us as we made the turn into the pass.  A dear friend says, "the trouble with Scotland is that with every turn, you need to stop and take a photo." 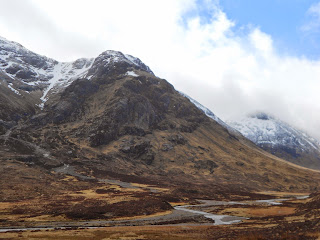 Truthfully, photos hardly do justice to the majesty of the Highlands.


Since Blogger doesn't allow to compose new comments to a page—crazy huh? I figured that the only way to get past this small impediment was to edit and add more photos.  How's that for solving the issue?

So, here we go. At the beginning of the post, I talked about my fascination with Sir James Douglas the Good, close friends with Robert the Bruce and partner of many battles, including Bannockburn. After the Bruce passed away, he entrusted Sir James with his heart, bidding him take it for burial in the Holy Land.  Unfortunately, Sir James couldn't complete his task.  As I said, he died in battle at Teba, near Sevilla.

Needless to say a  friend and I discovered Sir James was buried in a small chapel in the  Scottish Border town of Douglas (insert wink). According to some websites, entry to the chapel is no easy task. You had to find the right gate, with the notice that said where to find the key, knock at the door of the nice lady who kept the key, and if she wasn't home, she might leave a note where to pick it up.  Undaunted, we followed instructions and we made it.  We actually saw the burial site of Sir James. A gorgeous tiny chapel with the most beautiful stained glass I have ever seen.  My camera is not the best. But I still took some photos. How could I not?  More or less, the order follows the cemetery, the outside of the chapel, the mausoleum and a couple of photos of the stained glass windows. BTW, the clock at the top of the tower was donated by Mary Queen of Scots in the 16th century. The place is an absolute jewel. 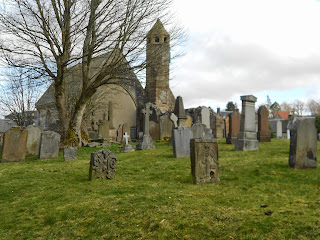 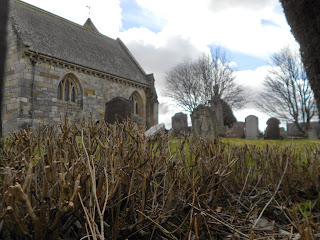 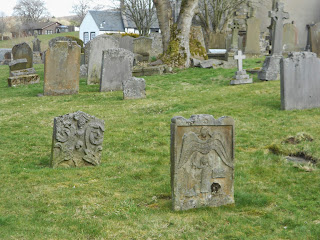 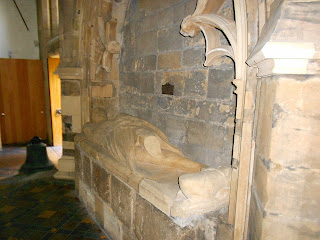 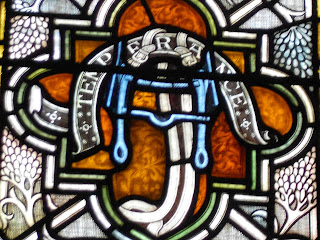 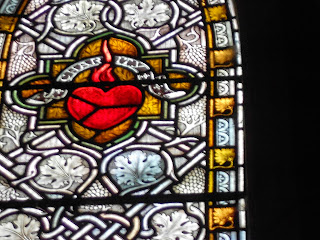